Facial Hair On Your Man. Are You A Fan?

It’s funny how fashion changes; I have now been wearing a beard for the past three and a half years, much to my mother’s disgust. I shaved it off about a year ago; much to my mother’s liking but all the girls in the salon’s first reaction was “grow it back”. Briony my wife doesn’t say much about it these days so I presume she is ok with it. I know it is very dangerous to presume what Briony is thinking. It also comes in handy as a weapon when rumbling with my boys. 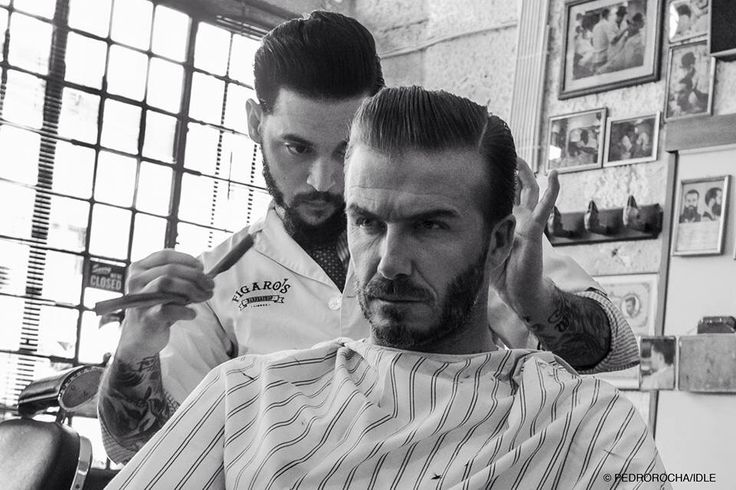 It is a fashion that has taken the world by storm and it crazy how many guys are wearing beards today. Barbershops are popping up everywhere and it’s good to see how much pride men are taking in their appearance these days. If you would like to spoil your man and give him a Barbershop experience Peter my dad still does a pretty mean shave – get in touch with our Parramatta salon to book an appointment.

The hair is more tailored than previous fashions like grunge and punk. Key influences seem to be male celebrities like David Beckham, Leonardo Di Caprio and George Clooney to name a few.

Where to now with men’s hair? As I mentioned earlier Sassoon’s predicted the current fashion back in 2011, so it might be time for another trip to London I think? Back in the 60’s and early seventies we went from tailored short back and sides and then the Beatle’s phenomenon hit the world and all of a sudden the fashion went to long hair for men. Peter my father saw this first hand and decided to employ a ladies hairdresser because they where losing to many clients to ladies salons. This formed the emergence of unisex salons. Hair by Phd would have been one of the first in Parramatta.

I was discussing this subject with a fellow Hairdresser from Queensland Simon Crawford at a recent conference in Tassie last month. We came to the conclusion that the short, back and sides fashion has become so mainstream now that all the footballers are wearing it. When fashion gets to this stage it will change shortly. My prediction is like in the past, long hair for guys will go long again. The man bun. What do you think?

So do you like facial hair on males? I would love to know your thoughts. Reply by posting a comment below or on our Facebook page. I must say I am a convert!

In my next post I will be talking about my impending shoulder surgery coming up in three weeks and it’s nearly that time of the year again where we celebrate the most wonderful people in our lives, our mums!

Balayage in Sydney… and everywhere else

A Season For Change

The Dangers of DIY Hairdressing

Are Hair Extensions for me?